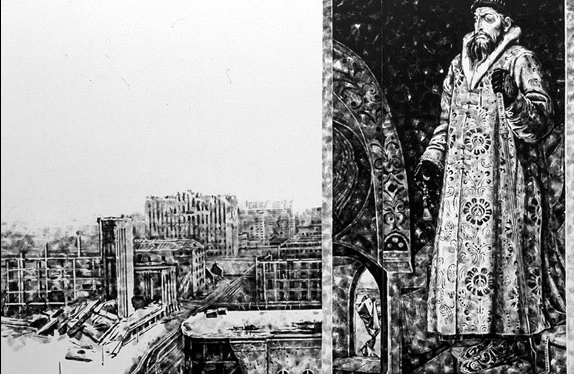 In Samuel Huntington’s famous article describing the impending “clash of civilizations”, Huntington mentions a very important formula: “modernization without Westernization.” This formula describes the relationship to problems of socio-economic and technological development experienced by some countries (as a rule, those of the Third World) who, while understanding the objective necessity of the development and improvement of their social systems’ political and economic mechanisms, refuse to blindly follow the West, instead striving to put some of Western technology – in isolation from its ideological content – in service of their traditional value systems and national, religious, and political characters. Many representatives of the elites of the East, having received higher Western educations, return to their home countries with important technical knowledge and methodologies which they then use to strengthen their own national systems. Thus, instead of the rapprochement between civilizations expected by liberal optimists, what ensues is the arming of certain “archaic,” “traditionalist” regimes with new technologies which render civilizational confrontation all the sharper.

To this insightful analysis can be added the consideration that the majority of outstanding “Westernized” intellectuals, cultural figures, and creative individuals were and are largely nonconformists, anti-system oriented people “of the East” who in studying the geniuses of the West strengthen their own critical positions. A characteristic example of such a path is that of Ali Shariati, the main theoretician of the Iranian Revolution. Shariati studied in Paris, mastered Heidegger and Guenon as well as several neo-Marxist authors, and gradually came to the conviction that a conservative-revolutionary synthesis between revolutionary Shiism, mystical Islam, socialism, and existentialism was needed. Shariati was then able to bring the Iranian intellectual elite and youth to revolution who otherwise would have hardly recognized their ideals in the gloomy traditionalism of the Mullahs. This example is especially important since we are dealing with a successful revolution which ended in the complete victory of an anti-mondialist, anti-Western, and conservative-revolutionary regime.

The same path was walked by the Russian Slavophiles who borrowed various models from German philosophers (Herder, Fichte, Hegel) which would come to form the basis of their purely Russian national conviction. Such is also the method of the contemporary Russian Neo-Eurasianists who are creatively processing the non-conformist doctrines of the European “New Right” and “New Left” in the interests of Russia.

The Autarchy of Large Spaces

Fleshing out the concepts of “modernization” and “Westernization” itself is of tremendous value. After all, the West is doing everything that it can so that both terms are rendered synonymous in mass consciousness. According to this logic, it turns out that change and reform are possible only if they are oriented towards the West and copy Western models. The alternative is presented as “stagnation,” “archaism,” “conservatism,” inefficiency, and a lack of dynamism. Thus, the West achieves its civilizational goal by imposing the limits, laws, and criteria mastered by it on the rest of the world. This partiality and egoism of liberalism in relation to those for whom liberalism is promoted as a “progressive alternative” was brilliantly described by the genius theoretician of economics, Friedrich List. In his works, List showed that countries having long-since gone along the path of market economics and liberalism invariably benefit from the imposition of a similar model on those countries using alternative models. As can be seen, the “equal” terms of “free trade” in fact lead to the further enrichment of the developed market countries, and to the impoverishment of those which have attempted to follow the market path. The rich, in this case, get richer while the poor get poorer. Accordingly, List asserts, traditionally liberal countries (and primarily the Anglo-Saxon ones) excessively benefit from imposing their own model on everyone else, as this guarantees their obtainment of colossal economic and political profit.

But what is the way out for such non-liberal countries which, due to objective circumstances, are confronted with effective and aggressive liberal competitors? This problem was especially acute for Germany in the 19th century, that very country which Friedrich List was called to aid. His answer was the theory of the “autarchy of large spaces” which is an economic synonym for “modernization without Westernization.” It should be noted that List’s ideas were employed by such different politicians as Walther Rathenau, Count Witte, and Vladimir Lenin with enormous success.

The concept of the “autarchy of large spaces” implies that non-market states left in the conditions of harsh competition with market ones should work out a model of autonomous development which partly reproduces the technological developments of liberal systems in the severely restrictive framework of a large-scale “customs union.” In this case, “freedom of trade” is limited to the framework of a strategic bloc of states integrating their political and economic-administrative efforts in order to rapidly increase economic dynamics. In relation to the more developed liberal countries, by contrast, a protective customs barrier is raised based on the principles of strict protectionism. Thus, the scope for expanding the newest economic technologies is maximally widened while, on the other hand, this is supported by consistent political and economic sovereignty.

Undoubtedly, such an approach extremely discomforts the liberals of developed market states as it exposes their strategy, reveals their aggressive undertones, and effectively counteracts their geopolitical interference and, ultimately, their external control over those states which the liberals seek to transform into economic and political colonies.

Let us note that the thesis of “modernization without Westernization” is itself a conceptual weapon, the rise of which is extremely uncomfortable for the representatives of the West. For the West, what is most important is instilling a dualistic scheme in the public consciousness in which reformists and the supporters of change stand on the one hand against conservatives, the stubborn supporters of the past, on the other. As long as this equation is presented in such a way, then definite support is assured for the “Westernizing reformers.” But all that is necessary is to introduce a third element into this formula, and the picture becomes much more interesting. Besides the “Westernizing modernists” and “anti-Western anti-modernists,” whose confrontation always leads sooner or later to the victory of the “reformers” supposedly embodying the “future,” there appear the “anti-Western modernists” or “conservative revolutionaries.” The very fact of such a force as an independent platform, ideological bloc, economic model, and cultural front sharply aggravates the proportions of otherwise banal political confrontation. The “anti-Western modernists” stand for radical reforms, revolutionary changes to economic models, the explosive rotation of elites in vital spheres of governance, and the large-scale modernization of all spheres of life. But, on this note, the complete preservation of geopolitical, economic, and cultural sovereignty, the return to one’s roots, and support for identity remain an absolute and nonnegotiable condition. For them, both conditions – “modernization” and “sovereignty” – remain absolute imperatives which are not to be compromised under any circumstances.

In fact, even in the modern world we see various civilizational pockets in which individual peoples and countries continue to insist on preserving their identity despite all considerations of political expediency or economic efficiency. Serbia, Iraq, Iran, Sudan, North Korea, Libya, and Cuba are examples of such. Possessing insufficient conditions for compete autarchy, however, these regimes bear the costs of enormous sacrifices to defend their identity, opt for direct and extremely “costly” confrontation with the West by rejecting its diktat. The drawbacks of withholding autonomy could be easily overcome in the case of such an enormous formation as Russia, together with some friendly CIS countries and certain states of the “far abroad.”

The question lies only in political will and determination. The guaranteeing of resources is secondary in this case. Let us refer to the following example: in Republika Srpska in Bosnia, when I asked what was preventing the reaching of a truce in a specific area, I received an astonishing response from a volunteer militiaman: “That there mountain, that little mountain, is famous in Serbian chronicles from the Middle Ages. Now she is in the hands of the enemies. There’s nothing on it – no strategic points, no useful minerals, no industrial enterprises – it’s just a piece of land. But a piece of Serbian land. We’ve already buried several hundred of our fighters there. We’ve been offered peace in exchange for that damned mountain. But we won’t accept such a peace. We need that mountain. That useless mountain…”

The very fact of national history and the span of national territory are fully comparable to the most serious utilitarian, technological, and economic parameters. Moreover, for most nations, such are worth even more – life.

The Conservative Revolution – the last imperative

“Modernization without Westernization” should become the main slogan of a “new course” which should unite the best forces from both the “conservative” and “reformist” camps. This new platform, if carefully developed and rigorously implanted in the consciousness of the masses, could instantly clear up a number of dark spots in our political and economic lives. Together with this, the subversive nature of the actives of those forces which either deny the necessity of reforms (the apologists of nostalgia and stagnation) or deny the necessity of submitting reforms to the national, geopolitical, civilizational, and cultural imperative (the agents of Western influence) will become obvious. Accordingly, in our critical situation, both of these groups should be kicked out of the political establishment and the central ideological, economic, and conceptual initiative should be delegated to the newly established front of “conservative revolutionaries.”

© Jafe Arnold – All Rights Reserved. No reproduction without expressed permission.

One thought on “Modernization without Westernization”